Posted on September 7, 2018 by The Brave News Leave a comment 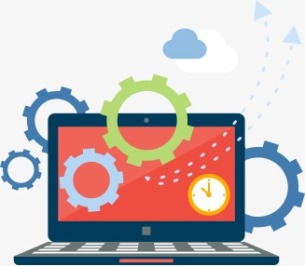 In response to the community’s need and desire for computer science curriculum, Bosco’s administration looks to begin construction on a computer lab in the 300 building to serve a brand new Computer Science Pathway.

The new pathway was established for students who felt that they weren’t adequately prepared for all the new challenges and career opportunities that come with our fast-paced, highly technological world. It also gives those students already knowledgeable in the field a chance to hone their skills with further instruction.

Several faculty members have reported being concerned that their students may be at a disadvantage as future professionals in current tech-heavy industries.

“We saw a growing need across the student population. A lot of students were asking about it, and it’s kind of an intimidating class to teach, so not many teachers were willing or knew how to [teach the classes],” Computer Science Pathway co-founder and coordinator Mr. Nathan Corkhill said.

“Mr. Pillon and I really wanted to help our students achieve this. We both have some past history in coding and we took some classes this summer. We are really interested in it and so we got this thing going.”

“How the pathway started was really built on student need. What these students want– and it became very apparent–not only at this school but many schools, that computer science, programming, coding, app development was something that kids wanted to have,” said Mr. Salmingo.

Bosco administration has long wanted to create and fund a Computer Science Pathway, and the pathway was initially scheduled to launch at a later date due to the construction of the new football field. Although thanks to an anonymous donor, Mr. Pillion and Mr. Corkhill being willing and able to teach, and the efforts of our administration to make it all happen, the plan came to fruition much sooner than originally planned.

Currently, administration is negotiating the terms for construction of the school’s new computer lab. In the meantime, new Computer Science and AP Computer Principles courses were added to the school’s academic curriculum for those wishing to become versed in the art of programming, coding, web design and maintenance.

“We’ve had a lot of stories [from seniors] that said they wished they had this when they were here, and our principal, Dr. [Christian] De Larkin, heard the same thing. So when we said we were willing to do it, he jumped all over it and we got lucky with an anonymous donation as well to build a computer lab upcoming. So it kind of just worked out perfectly. Right time, right place and now it’s going.” Said Mr. Corkhill

Mr. Pillon and Mr. Corkhill both hope to be able to teach their students advanced computer programs and principles to better help them get a job in a tech field and use their own computers more efficiently.

Even for Braves with no experience in computer science, there’s no need to worry! The program is open to anyone willing to learn regardless of prior knowledge.

“Everyone, whether they have no coding experience at all, can come in and learn what it takes to then pass the AP exam.” said Mr. Pillon of his AP Computer Principles class.

So if you want to get a leg up on the latest tech trends and acquire relevant skills, or just have an elective class to fill, remember to consider Computer Sciences and Computer Principles as options.