LAMPOON: THE FRIGHTFUL TALE OF THE SPIRIT OF ST. JOHN BOSCO 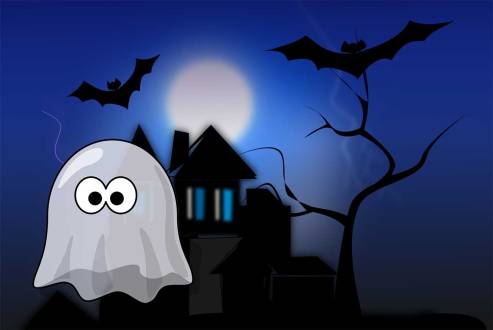 To whom it may concern,

I fear the worst. Saint John Bosco High School is in grave danger. The school has been home to an evil spirit, containing it for the past 82 years. By the time you read my letter, I will long be dead, but I implore that you heed my warning, for the spirit vowed to break free on All Hallows Eve of the year you are reading this letter. And so now, I shall tell you my woeful tale as to forewarn you never to step foot in what was to become the Bosco Bowling Alley…

Back then I was a spry, brash individual. As a great student and a quick learner, I wanted nothing more than to attend college, but because of the Depression I couldn’t afford my higher education. I figured I would take up a trade and fiscally save so as to one day be able to attend a university. At the time, the Salesians were hiring laborers to complete construction on an all-boys school in Bellflower, California. I was a hard worker, picking up extra shifts in order to make ends meet and save up for my college education.

But one fateful day changed my optimistic feeling.

It was Halloween and we had just ended our shift at the now almost complete Saint John Bosco High School. I began to clean up my work station when a strong wind from the east scattered all of my tools about. As I reorganized my tools and all the workers were preparing to leave, I heard a loud shriek come from what was supposed to be the Bosco Bowling Alley. I heard a menacing howl of terror come from the basement. I looked around at my co-workers, their faces pale from fright. None of us discovered the source of these evil sounds. After some time, we made a pact with each other, agreeing that we would send someone down if everyone paid five dollars to that individual. I mistakenly volunteered myself. I was rash in my decision, seeing this as an opportunity to save some extra money for my college tuition. I remain regretful for my immaturity to this very day. FULL STORY

Every single school year, the best and brightest students always stand out and excel. Now students are not just learning inside and outside of the classroom…but they are doing just that at the same time.

Students are appearing to be even smarter and more creative this year (even though their 56% in a gradebook may suggest otherwise). The fact of the matter is that students are evolving and adapting at an overwhelming pace.

This year has been different from other years for obvious reasons, yet students all across the country are improvising, adapting, and overcoming. Zoom classes have been shown to be tough, as students have to learn at a distance. Yet students are not letting that stop them from learning through hands-on activities, or letting that stop them from taking care of daily activities. FULL STORY.

In a seemingly endless 2020, Thanksgiving is here! Finally! Perhaps the delicious, overpriced, half-eaten food that takes days to prepare can be the saving grace of a year than finds itself in the midst of a pandemic. Lest we forget, in a year where people are also struggling economically, but still find a way to spend large amounts of money on Thanksgiving dishes, only for a majority of it to end up as forgotten leftovers in the back of the fridge!

Turkey is by far the most classic Thanksgiving food. Several years ago, I had the honor of preparing that magnificent beast for cooking and the results were undesirable. Cleaning out the uncooked turkey was not only revolting but also nauseating. As I was cleaning out the cold flesh, I was holding off my desire to vomit. The pale, squishy meat made me squeal like a mouse. As I was carrying the Turkey from the sink, where it was cleaned, to a pan for it to be dressed and seasoned, I dropped it as it slipped from my grasp. The uncooked turkey went sliding through the kitchen and I went diving after it. After recleaning it and a tirade from my mother, the turkey was dressed, cooked, and finally ready to eat. Just like how I spent a good portion of that Thanksgiving isolated in my room in timeout for ruining a turkey, stay isolated in your homes this Thanksgiving – Coronavirus is on the rise! FULL STORY.

Staying at home gives me and many others what we’ve always wanted, to become one with our inner introverted selves and do nothing. Now after a month at least I am fed up with it, I now have cabin fever and it will very soon become insatiable until I can see someone other than the same 4 people I see every waking moment of every day.

I have done what no man, woman, or child has ever attempted since the years of streaming tv shows and movies online became popular. I have finished my queue, My List, whatever you want to call it, my infinite pit of entertainment has run dry. I started off small by adding maybe one or two shows and think “Oh I can binge this next weekend”, but never realized I have made a fatal mistake. I created a queue that I was continuously adding to week in and week out of things to eventually watch, but before quarantine, I knew I was never going to catch up on all of this seeing as how I didn’t have the free time as I do now. But, once quarantine started I started trying to catch up, this was my opportunity to indulge in this impossible challenge I have made for myself. The challenge was to catch up on all my shows and movies, which added up to about 50 TV shows and movies altogether. Yet soon enough the one all-nighter of binging I did turned into multiple nights on a somewhat consistent basis, sometimes even consecutive all-nighters were thrown into the mix as if I couldn’t mess up my sleep schedule enough. But now one month into quarantine I finished over 30 movies and around 15-20 TV series. Once I completed the mission I set out for, I realized that quarantine now sucks even more than before. FULL STORY

I’m writing from where I’ve been for the last three weeks: my boring house in La Palma. First of all, I didn’t want to spend the rest of my senior year at home playing Fortnite. I’ve gotten a couple of DUBS in the past few weeks, but the teammates I play with make me rage a lot. Plus, I’m always talking trash about their skills, or lack thereof.

I haven’t just been sedentary this entire time, though. I’ve also been doing a lot of “at-home workouts,” and frankly, it can get pretty extreme, especially when I start yelling for no apparent reason. I’ve been trying to push myself to get a better body, so I can impress more girls over the Summer, if that even happens. To be clear, the screaming is a total non sequitur to courting girls. That’s just something I’ve been doing, and I hope it doesn’t carry back over into public life once my quarantine is over.

Sometimes living with my family can get a little weird, especially my mom. She’s been understandably paranoid about the COVID-19 outbreak, but she’s gotten stricter than ever. When I go outside to do something and forget to leave my shoes outside, she will flip. Also, when I get food delivered, she’s constantly telling me to take it out of the box because the “COVID-19 is in there.” FULL STORY

by Isaiah Holm and Timothy Levine

Once thought to have no biological descendants, results from a DNA test prove that there may be another Don Bosco out there.

Ancestry.com, one of the largest genealogy companies in the world, has recently found a direct link between St. John Bosco High School’s very own Coach McIntosh and the founder of the Salesian order, St. John Bosco. 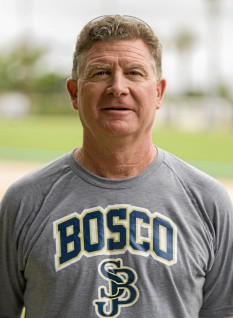 This is surprising news as Bosco was a priest that was known to have no children or direct descendants. One could surmise that the DNA comes from one of his siblings. However, there are no other links in DNA from previous generations prior to Coach McIntosh, making this connection improbable and what makes it seem nearly impossible is the fact that the DNA is 100 percent identical.

Margo Georgiadis, CEO of Ancestry.com, believes this to be some sort of DNA anomaly. FULL STORY