Posted on October 8, 2018 by The Brave News Leave a comment

So far, the 2018 NFL season has been a rollercoaster ride, as teams that very few people thought would be contenders are proving everyone wrong.

The Chicago Bears, Cleveland Browns and Cincinnati Bengals have all proved that they are contenders in the league this year. On the flip side, your typical top contenders such as the Pittsburgh Steelers, New England Patriots, Atlanta Falcons and Philadelphia Eagles have all had shaky starts and are struggling.

Below are bold predictions for the rest of the season and some thoughts on what the NFL might look like by February.

Is the Patriots Dynasty Over?

Everyone needs to calm down. It’s the New England Patriots.

Will the Buccaneers Make the Playoffs? 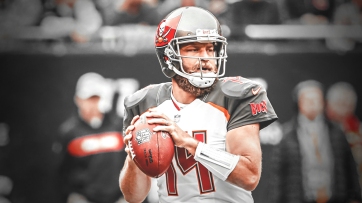 Will the Steelers Make the Playoffs?