Posted on December 11, 2018 by The Brave News Leave a comment

by Joshua Adoh and RJ Johnson

The United Kingdom is due to leave the EU on March 29th, 2019, but how many people understand the backdrops that come with this transition and the Irish Border Issues? 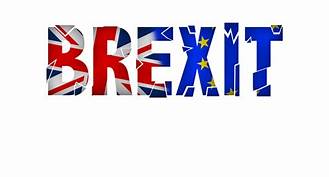 Why is the UK leaving the Union?

According to BBC News, the UK is leaving the Union because a public vote called for a referendum – which is a general vote by the electorate on a question.

Question asked in the Referendum

The big question that was on everyone’s minds during the referendum was: should the UK leave or remain in the Union?

What is the EU?

The EU is a group of 28 countries that trade with each other and allow each other to move freely within one another’s country.

The UK and the other EU countries are currently going over the withdrawal agreement, discussing more of how the United Kingdom will secede from the EU and then about what will happen after they leave.

What is the withdrawal agreement?

According to BBC News, the withdrawal agreement has two documents, one draft that is a 585-page agreement on Britain’s withdrawal and another 26-page statement on the UK’s future relationship with the EU.

Each discuss the commitments over citizens’ rights after Brexit. People will be able to work and study where they currently live, and to be joined by family members for a 21-month transition period after the UK’s departure, to allow time for trade talks.

The UK will continue to follow all EU rules during this period in order to give governments and businesses more time to prepare for long-term changes.

A “fair financial settlement” from the UK – also known as the £39bn “divorce bill” – is a “backstop” arrangement to keep the Irish border unmanned if trade talks don’t come up with a way of avoiding that happening.