by Lucas Garrison and Joshua Lucero

Now that Bosco’s swimming season has come to an end, it’s time to cover how the team was able to conclude the season.

The Braves started the year very strong, going undefeated outside of the Trinity League. 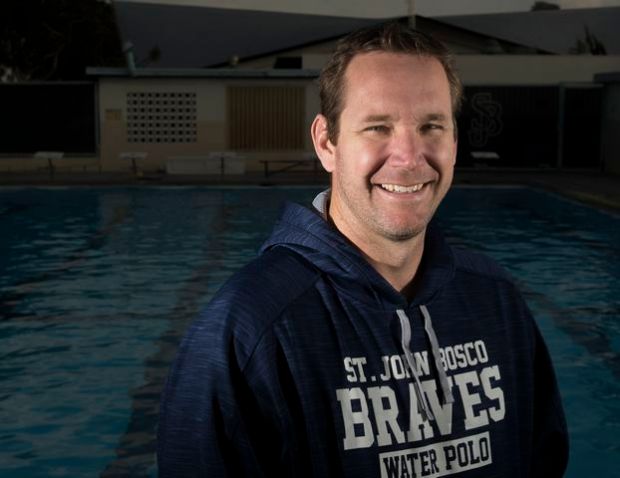 The team was lead by Patrick Burke, Pablo Perez, and Jack Pearce, who all posted personal bests in their respective events this year

They also all qualified for CIF, along with two relay teams. Head Coach Jeff Powers (Olympian, USA Water Polo Hall of Fame) described the season as a very large success.

“Everyone had a personal best by the end of the year, and that’s all you can ask for as a coach,” said Powers.

On top of that, Powers had high praise and respect that he had a team full of true ‘student-athletes.’

“The thing I love is that my team typically consists of students who are much more concerned with their academics, and swim is secondary for them. This is something that I totally support, and I love that this is ingrained in my players,” said Powers.

Also, Powers seems encouraged of the possibility that several of the team’s members have the ability to move onto the next level for swimming.

“We have several guys that could move onto the next level if they choose to do so,” said Powers.

Concerning league play, Bosco had only one win in the regular season against Servite. However, when the season looked at its worst, at the league finals Bosco was able to finish fourth in the competitive Trinity League, taking down JSerra and Servite – once again. Bosco was also very close to finishing third at these finals as they had only fell behind Orange Lutheran by one event.

“It was a very fun year as always, and now it’s on to the next,” stated Powers in closing.

Bosco aquatics will look to attempt to continue solid success into water polo season next fall, once again led by highly-regarded Powers.