Posted on September 27, 2019 by The Brave News Leave a comment

The Cross Country team has set big goals for this year and are training their hardest to make them a reality, with head coach Tim McIntosh leading the team the runner’s hopes are high for the upcoming season. 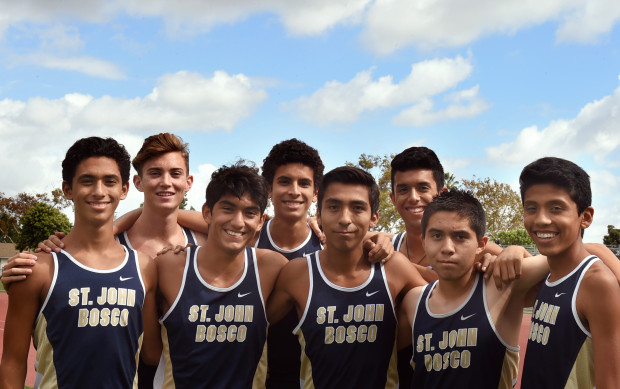 2018s Cross Country team performed very well, placing second in the league. Head coach Tim McIntosh hopes to repeat the success they had last year and go beyond what is expected from the team.

“High expectations for this year, felt last year was very young they really developed a lot in track and this year our goals we want to win the league and get up on that podium at CIF and State,” said Coach McIntosh.

“Goal for the season to work together as a team, we had trouble getting the team together, we were always just scared, this year we really matured and we just got to work together and push those hard days and run for each other,” remarked Senior Alex Frias

2019s Cross Country team feels very confident to be number one this season, the team believes they have really tied everything together and are prepared for what lies ahead.

“We’ve really matured last year was a bigging stepping stone for us and this year we really put the pieces together and I feel like we’re ready to roll,” said Senior Alex Frias

The team believes they have never felt better, the bond between each player not only as teammates but as friends seems to be what will really take this team to the next level, every player pushing each other to be the best they can.

“Our greatest strength is our brotherhood, whether its the last guy on the team we’re always just running together and pushing ourselves to the best of our ability,” said Alex Frias.

With expectations high and goals set to be the best, it is all up to the team to train as hard as they can and stay both physically and mentally strong for the upcoming season. Each runner must fully apply themselves in the sport and fix their mentality to be the best. Junior JT Mcoy understands the mental aspect and realizes it is the most important part of the sport.

“Its definitely the mental game, when you’re in a race and everything hurts, it’s that mental part to keep pushing yourself and get over it,”

“It can be mentally tiring anybody can improve in running but to make it in the big leagues the milage is tough your body gets tired,” said Coach McIntosh

The Cross Country Team is made up of many talented runners, only three seniors and the rest being Juniors and sophomores, many are returning runners who want to quench their thirst for the first place title, these runners are willing to put in the time for the victory. The work ethic is definitely there for these runners, Coach McIntosh is excited for what has to come, he believes that with this year’s team they are more fit than ever to be number one.

Regarding big events coming up for the team this Friday, September, 27th is a Trinity league meet, then the team comes back again in November and does it again, they have a big race in Clovis and two meets in Fresno.