Posted on October 11, 2019 by The Brave News Leave a comment

After what looked to be a very promising season, the Dodgers take an early exit out of the 2019 postseason. The Dodgers walked into this series against the Nationals, however, once again Dodgers manager, Dave Roberts, managed himself out of the playoffs. It wasn’t just a bad call in game 5, it was a coalition of poor judgment resulting in bad calls time and time again, in this series. 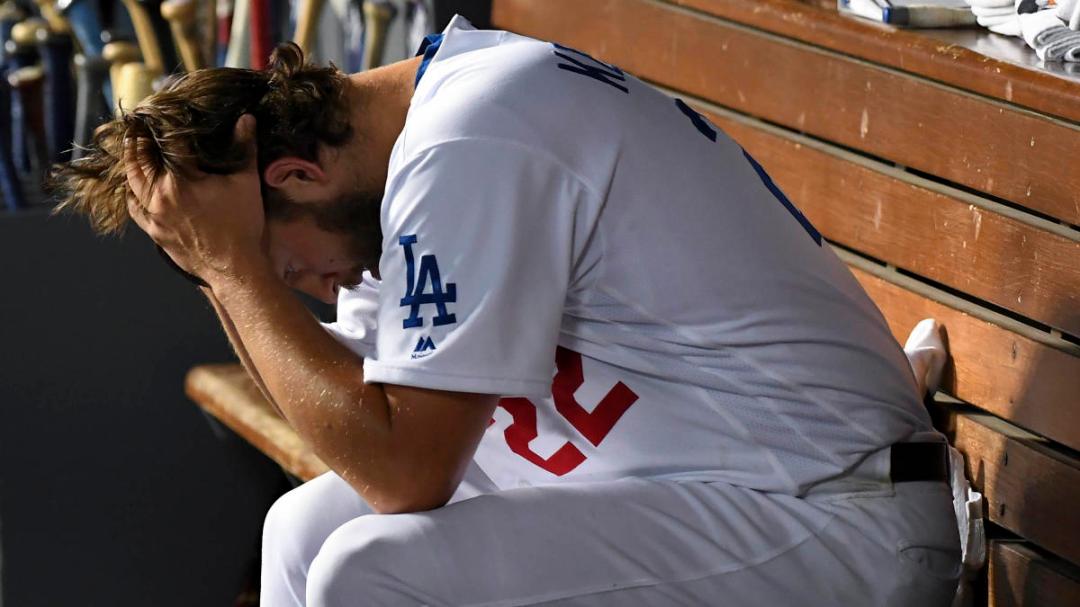 The Dodgers sit today, at home, and will be asking themselves the question of what happened. How did we get ourselves in this situation? The big questions Dodger fans are asking themselves are, why is Roberts still our manager, why was Clayton Kershaw put into this situation and why can’t this team get over the hump? The sad thing is that the Dodgers seem to be stuck in this endless cycle of entering the season with huge expectations, and then just fall short every year.

The Dodgers this offseason will also have multiple questions regarding what they are going to do with this absolutely horrible pitching staff. Now, the starting pitching is just fine, they are able to go deep into games until leaving it up to their absolutely horrible bullpen. This season the bullpen seemed to be the endless cancer of this franchise. They have had to time and time again rely on players that are inconsistent, and just plain sad. Players like Pedro Baez and Joe Kelly this season left so much to be desired. Baez who was coming off of a career year a season ago, this season was unreliable, and just plain unable to get the job done. Now to Kelly the blockbuster offseason signing for the Dodgers who was supposed to bolster this bullpen, and make this Dodgers team unstoppable. However, he was unable to perform this season. All aspects of Kelly’s pitching this season resulted in complete mediocrity.

The Dodgers can’t seem to figure out when to use and when not to use guys. This comes down to the inconsistent playcalling from the manager, Dave Roberts. Roberts isn’t horrible when it comes to managing all these personalities, and making this team solid in the regular season. However, in the postseason the last 3 years, it seems like it is impossible for him to make consistent postseason judgment calls. In Game 5 against the Nationals the question I was asking myself why isn’t Russell Martin in the starting lineup, why are we bringing Kershaw back out after he went out and closed out the inning and then why are they sending Joe Kelly out for a second inning?

The Dodgers had so many chances in this series to get things right for them to move onto the next round of the postseason. The Dodgers, this offseason, are going to have a lot of explaining to do. Dodger fans are going to want results next year. All we have heard is that we have good young talent and a very talented roster. Yet, we have nothing to show for it. It will be interesting to see if the Dodgers are able to bring in some talent for their bullpen, and potentially add another all-star pitcher. All I know is that the Dodgers must make some serious changes.