Posted on October 18, 2019 by The Brave News Leave a comment

On Tuesday night, twelve candidates packed the stage as the largest group ever to participate in a United States presidential debate. 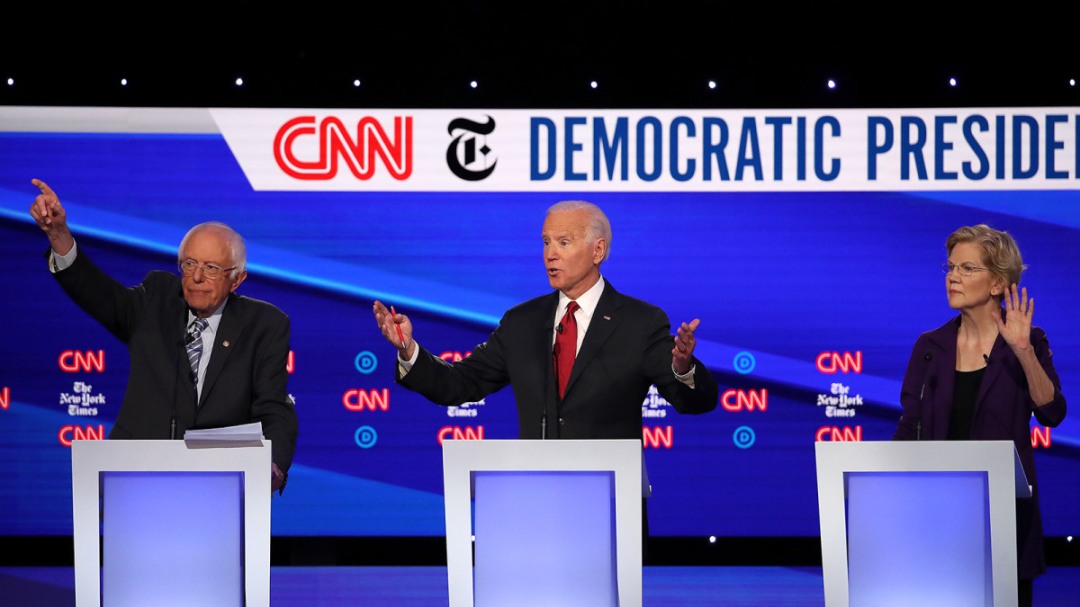 This most recently anticipated installment of the Democratic Presidential Primary was co-hosted by CNN and The New York Times in Westerville, Ohio over the course of three hours.

With the size of the debate, it made it harder for candidates to get their message across, but one theme was certain throughout and that was attacking the new primary frontrunner Elizabeth Warren, who has begun to edge out former Vice President Biden in some recent polls.

While many polls still predict Biden as the frontrunner, to the candidates on stage, it seemed as though Warren is leading in their minds and candidates felt that attacking her policies could help bolster their poll numbers. Amy Klobuchar attacked Warren on her Medicare-for-all plan, which she deemed too much of a “pipe-dream” that would cut many American’s private insurance plans. Pete Buttigieg also attacked Warren on this issue specifically her refusal to give a number to how much her plan would cost.

While Warren was attacked by Klobuchar and Buttigieg, she was also attacked for her wealth-tax proposal by Andrew Yang. Yang had a strong performance in the debate, countering Warren’s proposal by mentioning that many of the EU’s wealth-tax laws have been repealed, while the value-added tax remains extremely successful, a central component to Yang’s plan.

Yang also continued to bring automation to the forefront, even having Tulsi Gabbard agree with him directly on the issue. This discussion on automation has been brought to the forefront with Yang and, even with his short speaking time, had the biggest impact on the debate.

As far the the low-tier candidate go, Congresswoman Gabbard also had a strong presence on the debate stage, going head to head with Buttigieg on Trump’s withdrawal on troops in Syria and her continued anti-war rhetoric. However, many other candidates seemed to have made little impact on the stage, with their presence scarcely known.

Senator Booker, businessman Steyer and former Housing Secretary Castro all had rather lackluster performances that could send their campaigns a sign that there can’t really be a path moving forward. Biden’s performance was rather weak for a front-runner candidate, which has been a consistent critique of his candidacy.

He did have good points against Senator Warren when it came to bills he helped pass, but his defense of Hunter Biden and attack of Trump did not seem to be conclusive enough to hinder any doubt that Trump has brought up in regards to his son’s presence on foreign boards.

Overall, the debate featured much more concentrated arguments between candidates, even with the crowded stage of twelve, and now only eight candidates have qualified so far for the November debate, so expect the field to narrow slightly.