Posted on November 22, 2019 by The Brave News Leave a comment

This past Saturday, the University of Alabama played against Mississippi State. Late in the first half, Tua Tagovailoa, Alabama’s starting quarterback was tacked by two Mississippi players and resulting in a drastic injury; a dislocated hip. Sources declare he will undergo surgery and be out for the remainder of the season. 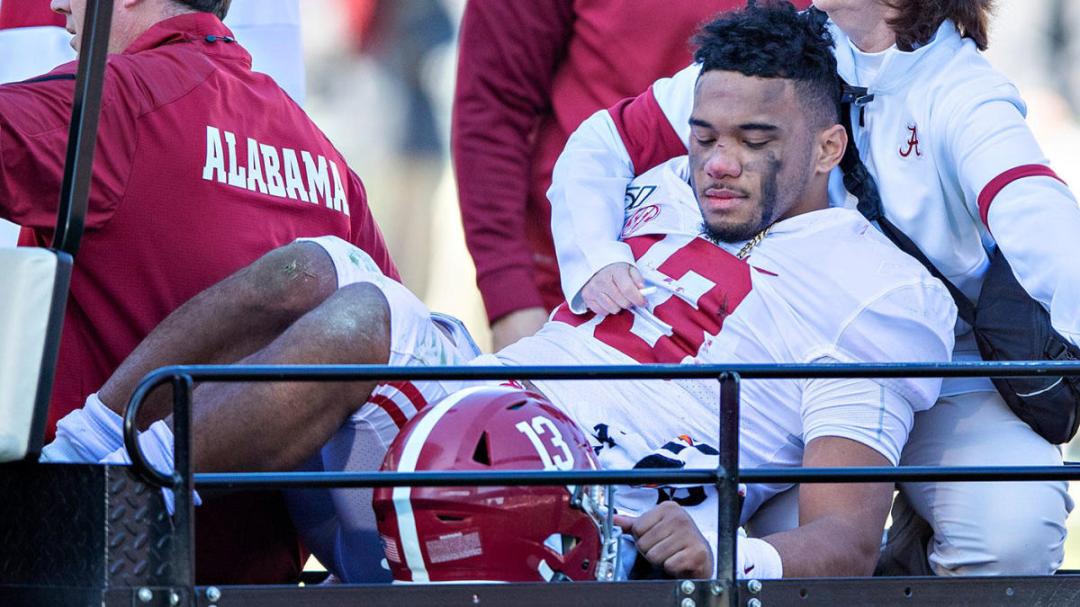 Alabama’s head coach Nick Saban speaks on the impact an injury like this has on the team, “…we lost a great leader, a great player, we’re all hurting.” Saban goes on to say, “I feel bad and I’m hurting for him. I called him to cheer him up, and he then cheers me up.”

An injury of this magnitude is detrimental to the football program just because of the major role Tagovailoa plays for the team. He has been the starting quarterback for two years, therefore the team has become accustomed to his style of play and methods of leadership. Now with him gone, and with a new, less experienced quarterback to fill his shoes, it will be interesting to see how to team does or doesn’t recover from this detrimental change for the remainder of the season.

Tagovailoa suffered a dislocated hip, which ironically is the same injury, NFL player, Bo Jackson suffered in the prime of his career in 1991. There has been speculation around this injury because this injury cost Jackson’s entire career, despite him being well in his prime. There has been concerns for Tagovailoa as to whether or not he will be able to fully recover and even be able to step on the football field as the Alabama starting QB again.

Alabama team orthopedic surgeon Dr. Lyle Cain provided an early prognosis stating, “Tua Tagovailoa sustained a right hip dislocation that was immediately reduced at the stadium. He is undergoing further testing to determine the best course of treatment. He is expected to make a full recovery but will miss the remainder of the season.”

Despite this early prognosis, there is a level of uncertainty from other doctors because they do not know the extent of the injury.

Dr. Louis Levitt further says, “This was the case where, when you dislocate the hip, that you have a limited period of time to get the hip back into the socket again because you compromise the blood flow to the ball of the ball and socket joint.”

Tagovailoa will potentially miss the 2020 season as well. Depending on how well the bone heals and the effectiveness of his rehabilitation, there are questions if he will ever be able to step on a football field again; the Bo Jackson Story. If the blood flow is compromised and can’t flow to the socket, the ball inside the socket can possibly die, and if that occurs, his football playing days will be over.

Tagovailoa was released two days ago in with a prognosis of ‘excellent’ by the doctors, a great sign. He will now let the injury heal completely and undergo rehabilitation. Hopefully, for his sake and the future of Alabama Football, everything will heal smoothly, and we will see this once magnificent quarterback on the gridiron make his return.