Posted on January 15, 2020 by The Brave News Leave a comment

This past Tuesday night featured six of the remaining Democratic presidential candidates on the debate stage and with the Iowa Caucuses less than a month away, each candidate tried to push their electability in this much more condensed field. 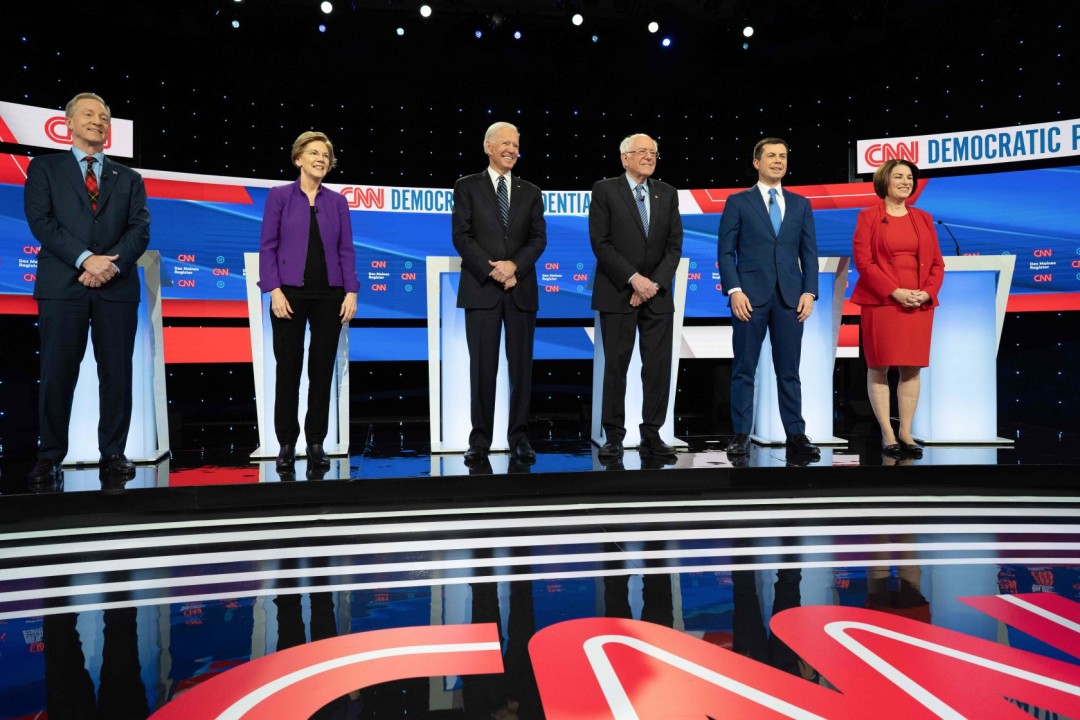 Held in Iowa, the main topic of the night’s debate really came down to who can beat President Donald Trump. In this regard, senator Elizabeth Warren shined, she came equipped to challenge those who saw her as too far left to win a general election and delivered one of the best lines of the night. When discussing the electability of women candidates, she noted that the four men on stage lost ten elections, while she and senator Amy Klobuchar have never lost an election. Although she started off slow in the foreign policy portion of the debate, she pushed a strong message of universal healthcare that saw her separate herself from the more moderate mayor Pete Buttigieg and former Vice President Joe Biden. Overall, she had a very strong performance that she will use to gain momentum heading into these first cycle of primaries.

Another strong performer was Buttigieg, who continued to show why he is the best debater in the Democratic race. He came out very strong on foreign policy, showing why he is the most level headed and best equipped to take on the challenges as the head of state. His veteran experience was used to separate himself from the other candidates and had very few rebuttals on the points he made. His attacks on Trump’s approach to Iran showed his understanding of this complicated issue and made it difficult to remember that he is only just a mayor. Inverse to Warren, while he did shine on foreign policy, his more moderate approach to healthcare could set him back in the Democratic race, as more and more of the party seems to shift farther left on this issue.

This debate also featured very few bad performances with Tom Steyer being the only candidate that I can say did a bad job presenting himself. Steyer did little to persuade anybody that he was better equipped than other candidates on any issue, he also lacked any enthusiasm to attack other candidates, which would have been the only way he could gain momentum. While I don’t think his polling will get worse, it is hard to picture a long term path forward in this race.

On the other hand, I felt that Biden, Sanders, and Klobuchar did not stand out, but did just enough to not hurt them going forward. Biden had a solid performance in the debate that shows that he still can compete on the stage and had no real slip-ups that could seriously hurt him. Klobuchar, while not making any lasting impressions, definitely did enough to show herself as another alternative to moderate voters who don’t like Biden and will hope to have a stronger showing in the coming debates. Bernie Sanders also did what he had to do in last night’s debate, showing himself as the most progressive candidate on issues like healthcare, but struggling in the debate with Warren in regards to comments he made about her electability.

Overall, this debate lacked the back and forth battles that previous debates seemed to have, with many candidates looking to have done just enough to keep themselves in their current positions. It will be interesting to see how the Iowa Caucuses plays out and its effects on the following debates.