Sports: Are The Braves Seeing Double?

Posted on January 21, 2020 by The Brave News Leave a comment

Just like Football season, the Braves take down Monarchs. They now have taken down the Monarchs to become the best team in the CIF Southern Section for Football, and now have knocked off the Basketball powerhouse to become the best team in the Trinity League, for the time being. The Bosco Braves Friday night, marched into the Bosco Thunderdome, and completely dominated the Monarchs. Bosco was lead by their typical team leaders, however, the big reason for the win, was the dominant defense. 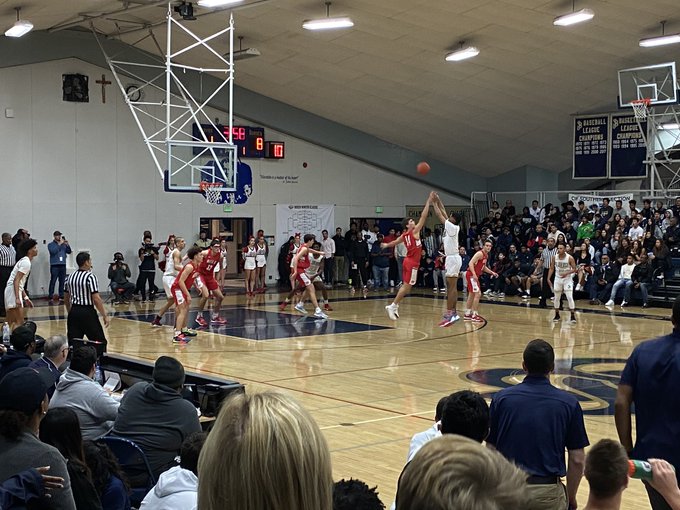 From the opening tip, the Braves’ on-ball defense was smothering the Monarchs offense. The Braves won the opening tip and laid in a nice swish. For the majority of the game, the Braves team seemed well gelled together and looked like guys that had been playing together for the past 10 years.

In the first quarter, the Braves were led by Wynton Brown and Josh Camper. Wynton led both teams in rebounds posting 8 rebounds. Brown was the team leader in rebounds, with 8, but the Braves as a team were unstoppable on the glass as they dominated by posting 37 rebounds.

Mater Dei did finish the game with 26 rebounds, however, the majority of the rebounds did not come until the 4th quarter. Mater Dei posted a total of 32 rebounds. The Monarchs though did not seem to be gelling together well as a team. Throughout the game the constantly looked for one player, and his name is Devin Askew.

For those of you who do not know,  Askew is a 5-star recruit who will be attending the University of Kentucky.

Askew, however, was kept at bay for the majority of the game as the Braves seemed to be running a double team on him forcing other Monarchs to shoot the ball which they were unable to.

When asking Head Coach Matt Dunn on how the Braves had so much success against, Askew, he said, “Our guys came prepared, we knew he was going to be a problem unless we set a tone against him. Our team stuck to the plan and made sure that as a team we would do our best to stop him. Obviously, he is great and there is no denying that, but we made sure that we stopped him.”

The Braves are an excellent team, simple as that as long as they continue to play as a team together, and will be a true contender to win the trinity league title.

I was able to ask coach Dunn on how he and the Braves will be able to replicate success against the Monarchs later on in the season and he said a true classic coach answer, “I am focused on our next game and that’s it. We will wait and see.”

The Braves improve to a record of 17-5 and now are 3-1 in league tied for first place.