Posted on February 3, 2020 by The Brave News Leave a comment

The Chiefs halted the league’s most dominant defense in recent memory to rally from 10 down, to win by 11. The Chiefs and the “Legion of Zoom” proved that they were the most dynamic and dangerous offense in win yesterday. 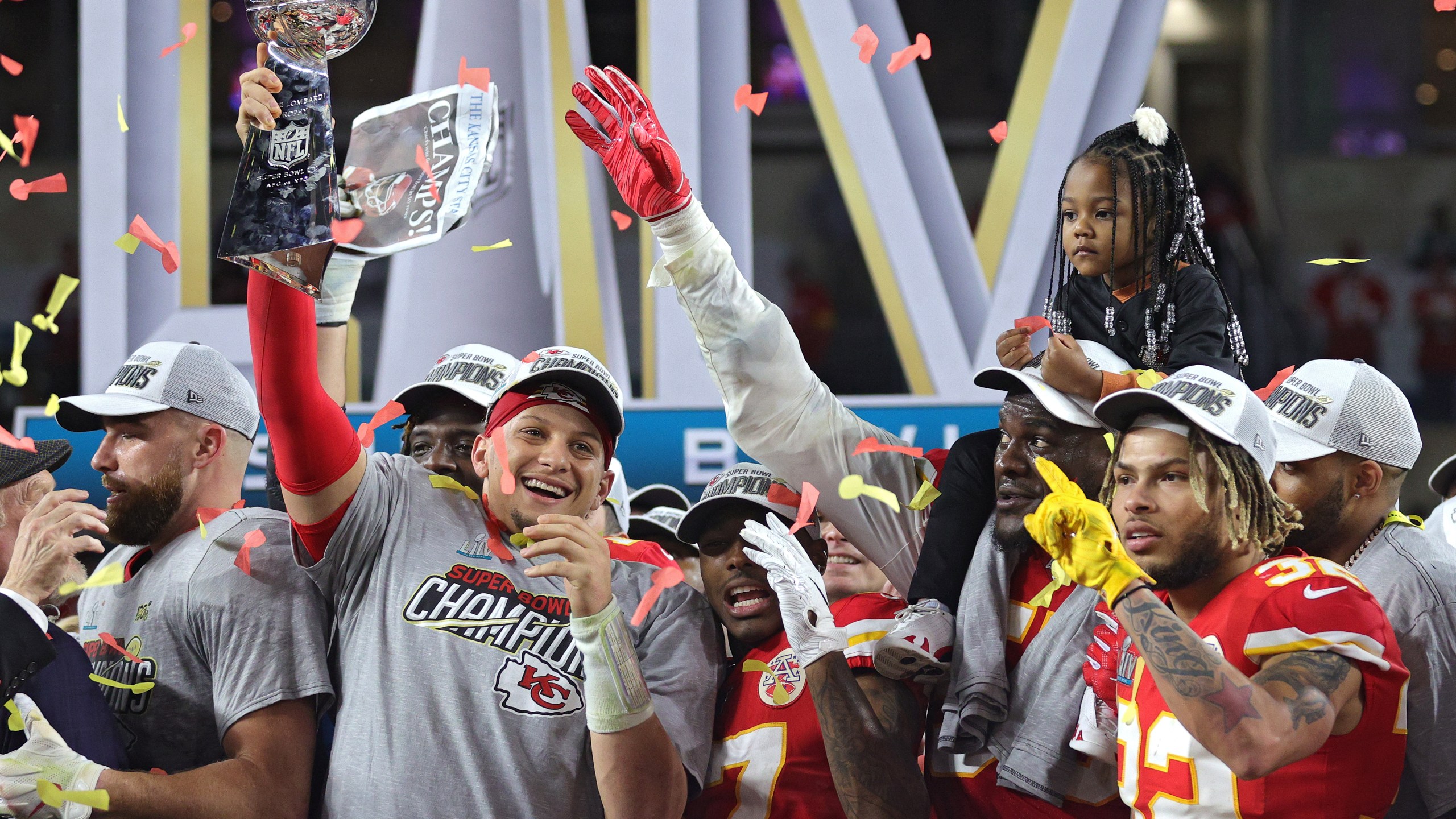 Mahomes in all three playoff games this season has overcome large deficits, in all three games to become Super Bowl champions. He took down the Texans after trailing by 24 to win in the AFC Divisional round. In the AFC Championship Game, he overcame a 17 point deficit to propel his Chiefs to the Super Bowl. Finally, last night, he overcame trailing by ten to become a Super Bowl Champion.

For 3 quarters the 49ers had outplayed Patrick Mahomes and the Chiefs. The 49ers were able to force him into two ugly interceptions early, and Mahomes seemed to be completely out of sync with his WR/TE core. However, Damien Williams put the entire team on his back and kept them in contention by running all over the Niners. Williams had his play of the game when he received a direct snap and was able to muscle down to the 1-yard line on fourth down to set up first and goal. Which later would result in a Patrick Mahomes rushing touchdown.

Mahomes, who won Super Bowl MVP, in the fourth quarter put on an absolute clinic. He didn’t even start to go crazy until there was just under 11 minutes left in the game. The Chiefs trailed by ten, and Mahomes then finds, Travis Kelce, on a play-action power play for six. The touchdown came with 6:13 left in the game. The Chiefs at this point cut the deficit by seven, 20-17 49ers.

Everyone expects to see the 49ers come out and run the ball down the throats of the Chiefs which had been working for them for the majority of the game. However, to everyone’s surprise, they came out throwing the ball. It worked for a few plays until the Chiefs defense tightens up and was able to put the ball back into Patrick Mahomes’ hands.

Mahomes marched back onto the field and did exactly what every 49er fan feared. That was he marched down the field and found Damien Williams for a 3-yard score, which put the Chiefs up 24-20. The 49ers then had the opportunity to go out and create yet another great moment for the books. Jimmy G had the opportunity to show that he was the guy and that New England had lost the future. This could not have been shorter from the truth.

Jimmy G goes out on the field, and right away over throughs Emmanuel Sanders, and then on 4th down, he throughs the ball away which results in a turn over on downs. This is the Super Bowl, he needed to at least through the ball up and hope one of your guys comes down with it. 49ers’ hands had their hearts ripped out, in one drive.

On the ensuing drive, Patrick Mahomes just hands it off to Damien Williams who would run into the endzone for the final score of the game, and Andy Reid finally got his Super Bowl.

Andy Reid, arguably the most liked person across the entire NFL, was able to finally overcome the hurdle of not succeeding in the playoffs and solidified himself as an NFL Hall of Fame coach.  The man known as big red, had his guy, Patrick Mahomes, and a defense that was able to get enough pressure that ended a 50 year Super Bowl drought. Andy Reid and the Chiefs, for the rest of your lives no one can ever tell you, you could not win the big one.

Many people, however, are going to question until next season, if Kyle Shanahan is two far inside of his own head. Shanahan has now blown two second-half leads in the Super Bowl. The first coming in the infamous 28-3 comeback by the Patriots, in Super Bowl LI(51). The Second, coming last night against the Chiefs in Super Bowl LIV(54).

All I have to say is the man to blame is Patrick Mahomes who was an absolute beast late in the game. Shanahan is a great coach he took a team that was not expected to succeed, and lead them to the Super Bowl. He was able to utilize every single part of his offense, he was able to get his Fullback, yes a Fullback a touchdown on a reception. Shanahan is innovative, and he comes from a successful coaching tree and a successful coaching bloodline. He will win the big one someday, and he will continue to have success in the NFL, as long as he does not listen to the outside noise.

To sum the entire game up, the better team won. The better coach, QB and WR/TE core won simple as that. The Chiefs are your Super Bowl LIV(54) champions.