Posted on January 30, 2020 by The Brave News Leave a comment

An athlete, pianist, writer, rapper, businessman, husband, and most importantly a father. Kobe “Bean” Bryant was a beyond talented human being, accomplishing more in his lifetime than being an NBA Megastar. 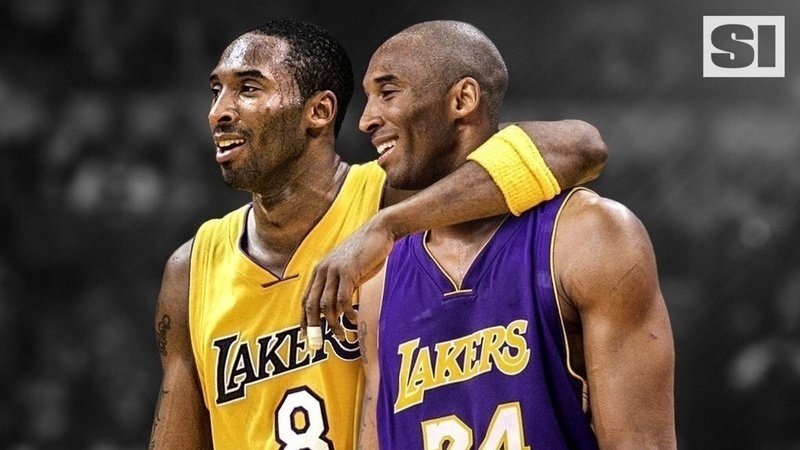 Born August 23rd, 1978 in Philadelphia, PA to Joe Bryant and Pamela Cox Bryant. Kobe was born into a family of stardom with his father, Joe Bryant was a former NBA and overseas player.

When Kobe Bryant was 6, his father Joe retired from the NBA to go play professional basketball in Italy where he played five seasons in a few different cities.

In order for Kobe to adapt to his environment, he had to pick up the local language which was Italian in order to communicate with his teammates on the basketball court or soccer field.

Kobe Bryant is extremely intelligent, graduating with a high school degree from Lower Merion High School in Pennsylvania. In Kobe’s adult life, he was mostly self-taught, learning the most from his life experiences.

Kobe was drafted straight out of Lower Merion High School, into the NBA with the 13th overall pick of the 1996 draft. The team that originally owned this pick was the Charlotte Hornets who on draft day would trade Bryant to the Los Angeles Lakers immediately for Vlade Divac, the 7’1 Serbian center.

“Charlotte never wanted me,” stated Kobe in an interview in 2015. “They had a couple of guards already, a couple small forwards already. So it wasn’t like I would be off the bench much. “

This was the trade that would create a dynasty for the Lakers which would dominate most of the 2000s.

Whether it was Shaq and Kobe or Pau and Kobe. Bryant proved himself to be a champion.  Kobe came into the league wanting to be his own man.

“I don’t want to be the next Michael Jordan, I only want to be Kobe Bryant.”

By the end of his career, Bryant cemented himself as one of the greatest of all times.

Having an NBA resume of accomplishments such as five NBA championships with two Finals MVPs, 3rd on the all-time scoring list (4th now, after recently being passed by Lebron James), 15 All-Star Game appearances, and 1 regular season MVP.

Many of Kobe’s fans were more concerned about him having sons that would carry on his torch, but Kobe was proud of being a “Girl dad”.

“Without hesitation,” he said, “I would have five more girls if I could. I’m a girl dad,”  according to Elle Duncan.

Bryant was heavily invested in being a family man. This is what made Kobe and Gianna ‘Gigi’ Bryant’s sudden death on January 26th, 2020 so impactful on the lives of people all over the world. Kobe was able to stretch himself out to several different age groups.

Everything that Bryant did was for his daughters. Which sadly would lead to his eventual death as he was taking his daughter to a Mamba Sports Academy game.

After being a father, Kobe was an artist.

Bryant enjoyed writing poetry, later taking his writing to the mic. Kobe has had several songs over the years. Songs such as “Kobe” with Tyra Banks, “Hold Me” with Brian McKnight, and “Say My Name” with Destiny’s Child. Bryant’s artistry didn’t stop here. He later found himself in the film industry.

In 2018, Kobe Bryant was the first professional athlete to be nominated and win an Oscar.

The Oscar that Kobe won was for “Best Animated Short Film” for his film “Dear Basketball”.

Kobe Bryant’s artistry was second to none, setting the example of creative freedom that any athlete could possibly obtain in their lifetime.

Bryant was also an advocate for youth sports, rebranding what was initially “The Sports Academy” that started in 2016 in the “Mamba Sports Academy” in 2018. A multisport training center for young athletes in Thousand Oaks and Redondo Beach, California.

Bryant’s daughter Gianna was often seen working, perfecting her craft at this academy. Enjoying the company of her teammates and the game.

UCONN Women’s Basketball team recognized Gianna’s dedication to basketball from a young age, leaving a jersey with her number on a seat saved for “Mambacita”.

UCONN has let it be known that Gianna is “forever a Husky”.

The passing away of these two has left Los Angeles, along with Kobe and basketball fans across the world feeling lost.

Bryant left behind his wife Vanessa and three other daughters Natalia, Bianka, and Capri. A family that he dedicated himself to day in and day out.

Not only was Kobe dedicated to his family but also his league. Kobe played twenty years in the NBA, making on-court rivals as well as off-court friends.

There were plenty of heartfelt interviews from plenty across the NBA. Lebron James, Carmelo Anthony, Jay Williams, and Doc Rivers have all sent their condolences to the Bryant family.

On the court, these men have fiercely competed on the court or coached against Kobe. This was just another reason for them to respect Bryant even more so.

Younger players across the league like Devin Booker, Trae Young, and Zach LaVine all look up to Bryant. Appreciating Kobe’s detail for the game of basketball.

Many claim Kobe to be this generation’s Michael Jordan. This is false.