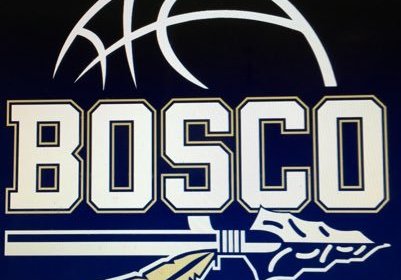 The past season for the St. John Bosco basketball team was its best in a while. This team had many accolades and achievements that not many thought were possible coming into the year. Even though they had their ups and downs, the season was not a let down as they overcame many obstacles.

When this team was at its peak, it was really fun to watch. The team had a great record of 25-8 and had the most wins against open division teams in California. The league record of 6-4 was not the greatest, but getting 3rd in the very tough Trinity League is not something to be ignored.

The feather in the teams’ cap was of course beating our rival school Mater Dei for the first time ever in the sport with a 60-51 win. This really had a big impact on the students as well as the Bosco community in general. People now began to obtain an idea of just how good this team could be.

Another huge highlight of the season was making it into the CIF Open Division. Making it into the Open Division meant this team was now part of an elite stash of just 8 teams in Southern California. Varsity head coach Matt Dunn had a high point of his own exclaiming, “One highlight of our year that made me very proud of our players was beating Rancho Christian 3 times because they only have 5 losses all year long so 3 of them were from us.”

With highs, come the lows. There was a point in the season where the team went on a 4 game losing streak in the middle of league. The lull included a loss to an 11-17 Orange Lutheran team. Junior point guard Gabe Campos explains, “We kind of had our streak of losing but we picked it back up afterwards.” The team went through much adversity but kept fighting through until the end of the season.

In the Division 1 CIF State Southern regional Finals, Bosco lost to Chino Hills 67-51 in a heart-wrenching end to a historic season for the Braves. Bosco was in control until the 4th quarter, when they couldn’t seem to buy a bucket. The team went 1-23 from the floor in the whole 4th quarter. It’s tough to beat a talented team like Chino Hills when shots are not falling. However, the team still stuck together through all the tough times.

The players were having fun and a good time. During the losing streak, their chemistry was really getting battled tested, but the team actually grew because of it. Returning players from last year can all say the team was in a much better place than the years past. Senior forward Sandy Ryan said it best:

“Last year our chemistry as a team wasn’t that great but this year it’s really changed.”

It was very evident that they became more of a family throughout the year. The season was very much a season to remember but hopefully the team does not get complacent. Next year, with most of the team returning, they have a great chance to be even better.

Coach Dunn explains, “I’m really excited to see how much better each individual guy can get.” He knows how good this team can be and I feel there is no limit to how much better this group of players can get. St. John Bosco will have the chance to win league for the first time in a long time next season in the wintertime.