Posted on February 5, 2020 by The Brave News Leave a comment

Dodgers add a top 5 player in baseball to help an already star-studded roster. The real question is, can the addition of Betts help the Dodgers capture a World Series title? 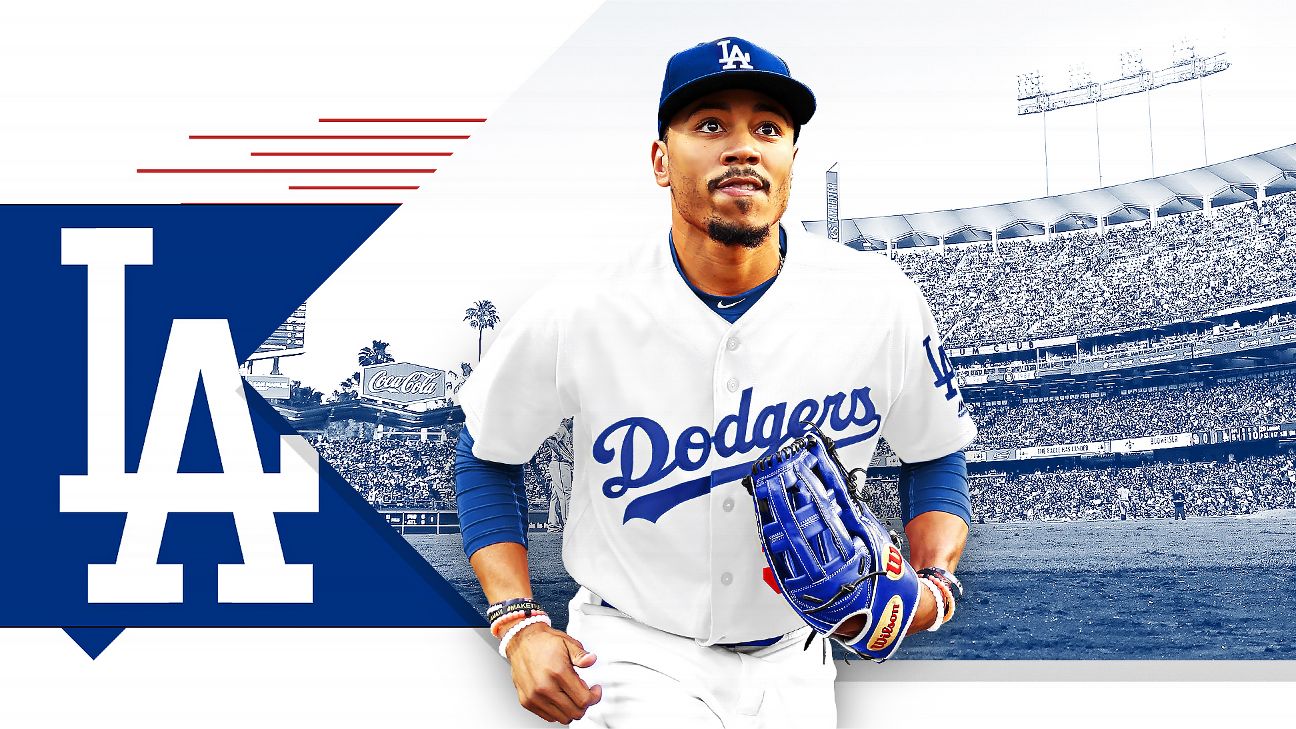 Last night, the news broke from ESPN that trades between the Los Angeles Dodgers, Boston Red Sox, and an undisclosed third team(later names the Minnesota Twins), had taken place that would send Mookie Betts and David Price to the Dodgers, and Alex Verdugo to the Boston Red Sox.

Finally, after Dodger fans had been pleading with ownership, and the front office to make a blockbuster trade. Dodger fans finally had their wish granted. The Dodgers get arguably the BEST player in baseball, other than Mike Trout, on their roster. Betts has shown fans, what he can do over his very short career, in 2018 he was named AL MVP at the age of 24.

The Dodgers in the trade also get Pitcher David Price. Price over the last decade has been one of the better pitchers over that time. The only problem with Price coming over is the very large contract that he has. The 34-year-old is slated to make 32 million dollars this season. Which is a big hit to a franchise that already is struggling to stay under the luxury tax. However, the Dodgers were able to slate the trade so that the Red Sox will have to pay at least half of the remaining contract for David Price.

The Dodgers send Alex Verdugo to the Red Sox, and the Minnesota Twins send their top pitching prospect, RHP Brusdar Graterol. Many people are wondering if the Red Sox were taken for a ride because the Dodgers were able to get the second-best player in baseball and get a solid role pitcher.

On a separate note after the Betts trade went through the Los Angeles Angels of Anaheim came knocking on the door to help the Dodgers remain underneath the luxury tax. The Dodgers and Angels agreed to terms that will send OF, Joc Peterson, and RHP Ross Stripling to the Angels for INF Luis Rengifo and two other prospects to be named later.

The Angels’ front office and Angels fans have to be very excited for this move as they add a pitcher who can both start or come out of the bullpen. This is huge for the Angels as we all know that the Angels lack pitching. The other is they get power hitter Joc Peterson which adds for yet another great bat in an already power-hitting roster.

The Dodgers, after last night, have moved past the Yankees for the best odds to win the World Series, but fans will ask for a World Series title immediately, especially since Betts, is expected to opt-out of his current deal to seek more money. Most experts expect Betts to resign with the Dodgers, but don’t be surprised if he moves onto a team that will pay him top dollar.