After two straight good seasons, the St. John Bosco baseball team never reached their full potential as they took a step down with a 4-12 record and a last place spot in the Trinity League. 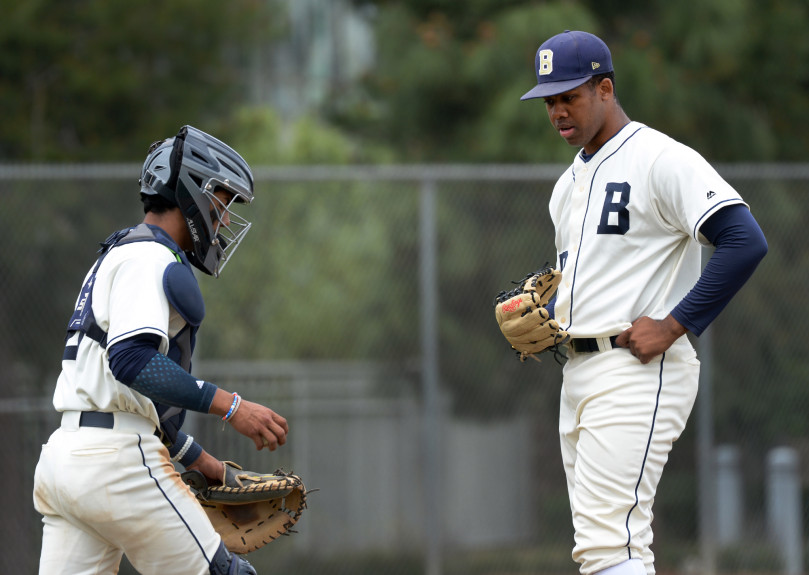 The Bosco baseball team had incredibly high hopes going into this season. They were second in league the year before and felt like they had even better talent this year, especially with the return of senior star David Hays and the addition of freshman pitchers Louis Rodriguez and Julian Orozco.

However, the team never seemed able to piece everything together as a whole. As a result, the losses came in fast.

“We had the talent this year, we truly did. We had talent on both sides but we just didn’t come together as a team,” said senior Sebastian Orduno.

The team’s biggest problem this year came on the offensive side of the ball. They just could not find a way to drive in runners when they were on base.

“Driving in runs was something we really struggled with. We would get runners on but we would change our approach or mindset. Instead of just going out and having a good at-bat, we put so much pressure on ourselves,” said Head Coach Don Barbara.

The team could showed spurts of what they can do and they were about but were never consistent with it. They never had games where the whole team would be hitting well as a collective group.

“Players would show up on offense sporadically and that showed up in our team batting average – which was terrible. We never hit well together,” said coach Barbara.

While the team was having major problems offensively, one player that remained consistently good was David Hays. Hays seemed to do everything well on a game-to-game basis. He was even one of their top pitchers as well.

“There was one guy who had a real good offensive year and that was David Hays. He did everything for us offensively from getting on base to driving in runs. He was the MVP of our team,” said coach Barbara.

Despite being bad on the offensive side, the team’s defense showed out every game. They had to, or else every game would not even be close.

“The best part of our team has to be our defense and pitching. They had to carry the slack that our offense left for them. Without them, every game would’ve been a blowout,” said senior Stephen Chavez.

As a result, most of the games ended up coming down straight down to the wire. However, the team had that struggle of coming up with runs so most of the close games unfortunately ended in losses.

The season for the St. John Bosco baseball team did not go as planned, but they have a bright future as a lot of the young players look promising.